My Love Letter to Book Club

On my 29th birthday, in between belting out songs at karaoke at our local dive bar, my friend Diem and I decided that we should start a book club. The next month three of us talked about the Adventures of Huckleberry Finn, a classic I had never read, over brunch.

Now, three years later, I will go to the same bar for karaoke with the four other core members of book club, and the next day we will enjoy brunch and talk about our latest book.

Of course there is nothing remarkable about five (and sometimes six) 30-something women having brunch and talking about books. But I feel lucky to have found them and want to take this opportunity to celebrate the simple joys of Book Club.

Talking about books with good friends is truly one of the great joys in life and once you are several years removed from school, it can be one of the rare opportunities to have a conversation about books. Book club has also given me a set date to meet and catch up with some of my closest friends (we are happy that we decided early on to make it “women only” as it’s also a perfect excuse for much needed monthly female bonding).

As you’ll see from the list below, the books we’ve read over the past three years have varied from missed classics, to new best sellers, to re-read classics to semi-random selections. Some books have become my new favorites (Blind Assassin, Grapes of Wrath), and some have been divisive (How to be a Woman, Franny and Zooey) and a few flat out hated (The Last Child), or unfinished (Travels with Charlie).

But another joy of book club is that I’ve ended up reading many books that I would never otherwise read, for as much as we all have in common, our tastes and opinions vary and even if I have different opinions, I’ve enjoyed the chance to read and discuss and even disagree on books with such smart women.  And yes, as the benevolent dictator of book club (i.e. the one who sends out the invites and prints out questions), I’ve also enjoyed the bulit-in deadline that book club gives me to finish a book.

So without further preamble, here is the list of all of the books my book club has read in the last three years  (my favorites in bold).*

*This list is likely missing a few books and might be slightly out of order, this was the best I could manage from my notes and memory.

“There’s a future in books…and a book in your future!”

There are a few librarians in my extended family, and a lot of book lovers in all parts of my life. So for all you literary types, please enjoy these Library ads from the 1950s and 60s. Find more here. 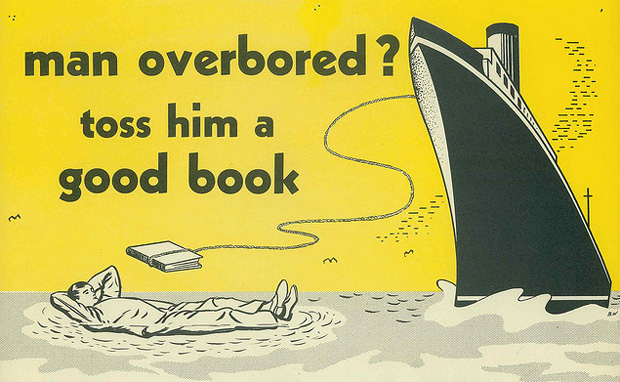 (if you know my love of puns, you know why I like this one) 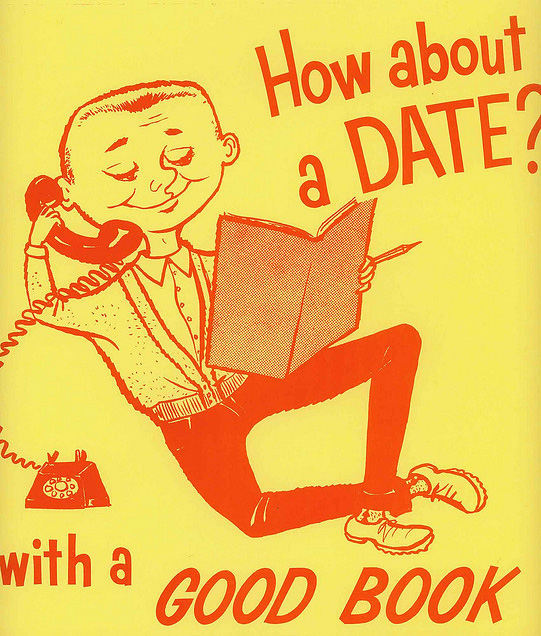 (Is this suggesting reading a book together on the phone? Why didn’t I think of that as a teenager? Sounds like something I would do) 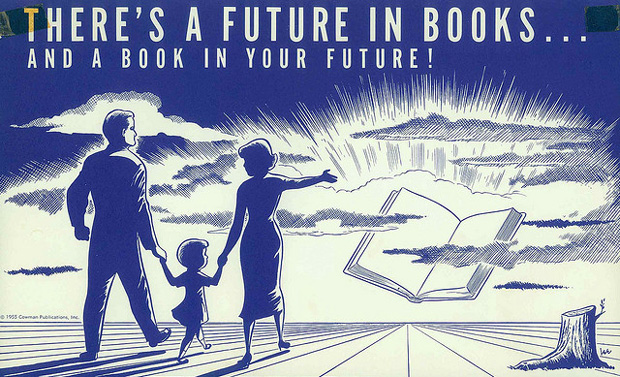 Why Didn’t I Think of This: The Rory Gilmore Reading List

I am really kicking myself for not thinking of this first, but hot damn is this a brilliant idea that’s right up my alley. The Rory Gilmore Reading Challenge: reading every book the Rory read (or talked about reading) on The Gilmore Girls.

I love reading, I love The Gilmore Girls (on a related note Amy Sherman-Palladino’s new show “Bunheads” is pretty good so far), so this is kind of tailor-made for me. Here’s the list with which books I’ve already read noted (red is read, blue is read part of), I may just add completing this to my life long goal list.